Home » Our Thinking » Think like a start-up: An anarchist’s approach to thought leadership

Thought leaders often assume that the brands that get the most words on the page, publish the most pieces and have the strongest sales will win the most attention. But that’s rarely the case. In fact, thought leaders can learn from start-ups when it comes to crafting cut-through content, says Meg Wright, Senior Technology Editor at FT Longitude (and former start-up marketer).

“A revolution without dancing is not a revolution worth having,” wrote anarchist, activist and writer Emma Goldman in her 1931 autobiography Living My Life. Goldman was talking about the struggle for freedom of expression, but I would argue that her point is one that today’s producers of B2B thought leadership should bear in mind: content that fails to turn heads is not worth creating.

Easier said than done, of course. But there’s a growing cohort of B2B tech start-ups proving it’s not impossible. They approach their content and communications in a way that’s deliberately anarchic, leaning on what can best be described as a “human” voice to deliver fresh messaging that is understandable, relevant and relatable.

Most importantly, these start-ups recognise who their customers are and aim to speak directly to them—and them alone.

It may not sound revolutionary, but it’s an approach that trickles down into all communications, driving what these start-ups say, and when, where and how they say it (we’ll explore some examples of this in the article below). So how can thought leaders do the same?

Telling an authentic story is probably the number one way in which start-ups are building powerful networks of brand advocates. Time and again, these authentic stories are what sets them apart from their much larger, established competitors.

It’s a trait that harks back to the first wave of Silicon Valley disruptors – Apple, Google, Amazon –small, innovative brands that gained near-instant popularity, owing in part to their strong, authentic origin stories. 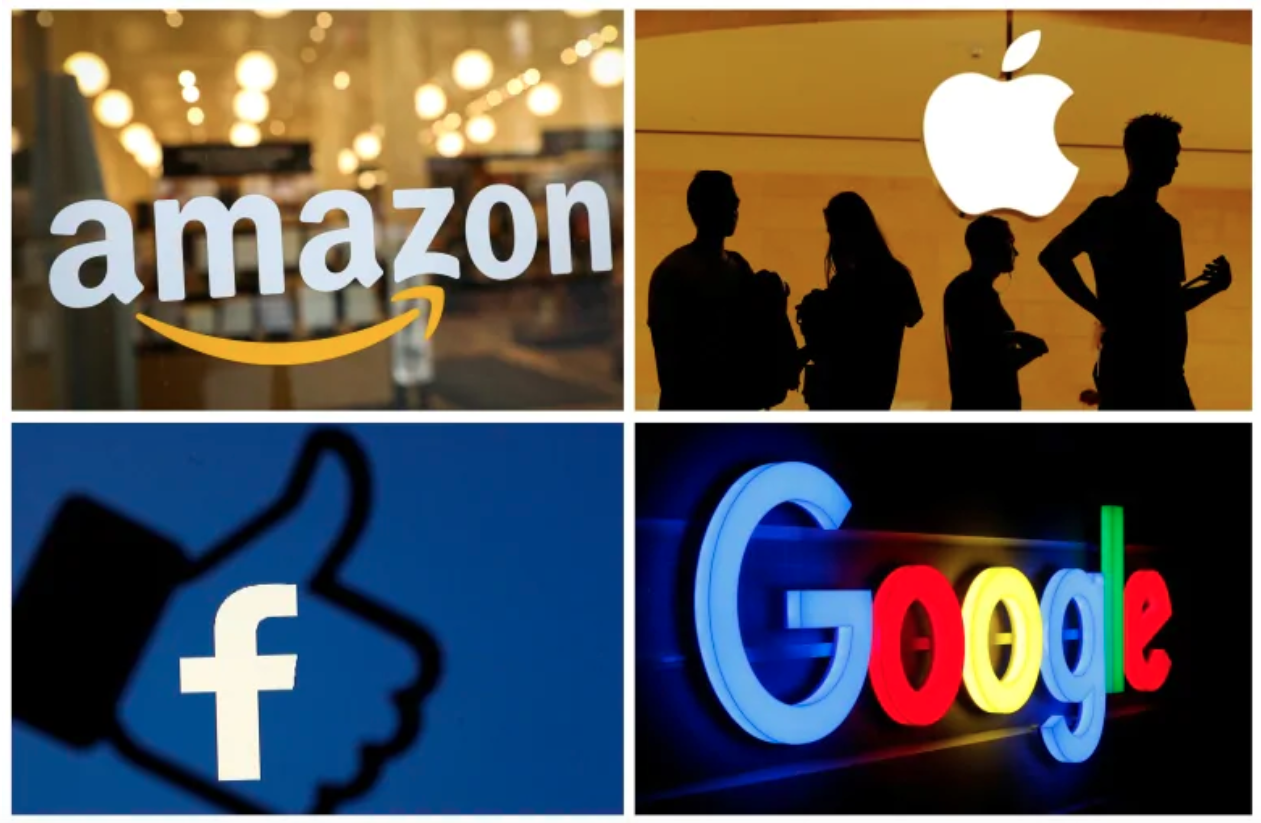 The tech Big Four all have unique and surprising origins, allowing them to market that narrative, via Reuters

Steve Jobs and Steve Wozniak built and distributed the first Apple computers from the garage of Jobs’ childhood home. Google, meanwhile, was launched in 1998 by university students, Larry Page and Sergey Brin, the core idea coming from a lightbulb moment the pair had during their thesis research project. Amazon was another garage-based enterprise, founded as an online bookseller by Jeff Bezos after coming up with the idea while he was living in the back of his car.

These stories humanise and breathe life into their brands and are central to their global successes. The story is just as crucial when it comes to content: our latest research finds that a clear and compelling narrative is one of the three most valued aspects of thought leadership. Yet just 7% of tech industry readers say that the content they read provides one.

There are a few key points to consider when developing your brand story. What is the story? Is it authentic, powerful and aligned with your organisation? How will the story be the star of the show?

So, you have something powerful to say; now, think about how you are going to say it.

Brands tend to fear that straying too far from the hard sales narrative will result in a meandering message, wasted space and lost time with the customer. Or, they worry that if the language is too straightforward, the reader will assume that the idea is unsophisticated. 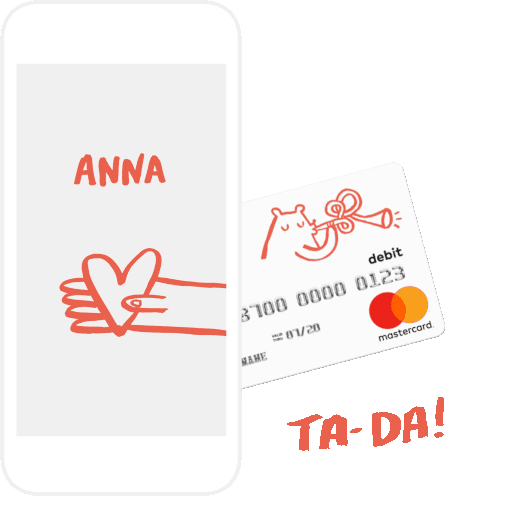 This is a far cry from the reality, and start-ups know it. Many have successfully built a loyal and engaged follower base simply by speaking to their audience as people. While this approach isn’t difficult to master, the perception of sincerity is won through consistency: content should be clear, with actionable insights and the tone conversational and unpretentious.

Design-led business banking start-up, ANNA (which stands for “Absolutely No Nonsense Admin”) is a great example of this. Launched in 2018, this fast-growing B2B brand does exactly what it says on the tin: it reduces the hassle of admin for its small business customers.

This is not to say you need to change your entire approach to thought leadership content. But you should ensure you’ve considered what is the human element driving the story and how is the story relevant to your audience. Is it relatable, understandable and engaging?

Don’t be fooled into thinking it all stops once you have an authentic message and a human way to communicate it. Start-ups push boundaries. Driven to remain relevant, they are constantly looking for the next edge to keep them in and ahead of the game.

The key to thought leadership success is agility, which comes from knowing content is never a “set and forget” exercise.

Lift your head even an inch above the parapet and you’ll find numerous examples of start-ups successfully pivoting—from Facebook launching its own currency, to fintech start-ups bundling their offerings to enable integrated cross-platform services for customers.

Most recently, it’s transport app Citymapper that has been turning heads. Launched as a rival to Google Maps in the early 2010s, the app quickly pivoted to offer bus and shared taxi services in 2017. Its next step in disrupting the conventional transport system was the introduction of the Citymapper PASS integrated app and travelcard. Citymapper PASS offers a “subscription to all mobility”—essentially a single interface for all urban transport systems, as well as the information and personalisation services that come with them.

As you approach your next campaign, think about being distinct from your competitors but still delivering what your audience wants. Think not only of the present, but of what will your audience want going forwards, and how your thought leadership can pivot to meet that need? 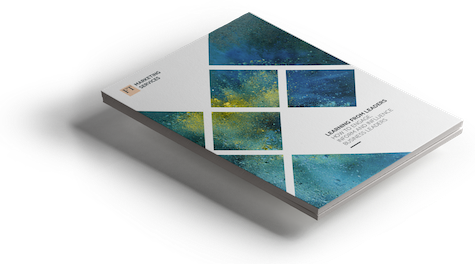 Considering this fresh approach to your next thought leadership campaign could result in higher returns—for your campaign and your brand. Our Learning from Leaders research shows that 69% of leaders will seek out thought leadership over information published in traditional media when looking for actionable insights and practical solutions, and 54% when they need relevant topics or sector expertise.

Now, if that’s not a revolution waiting to happen, I don’t know what is. About the author: Megan Wright

Meg brings together a passion for storytelling and global experience in technology thought leadership to craft meaningful content that resonates. Through her skills in writing, editing, podcast and video production, Meg works to develop and execute strategic campaigns that drive the right results for her clients as well as heading up FT Longitude’s audio production department.

Q&A: Tim Cooper of Dentsu Aegis on the C-suite impact of thought leadership 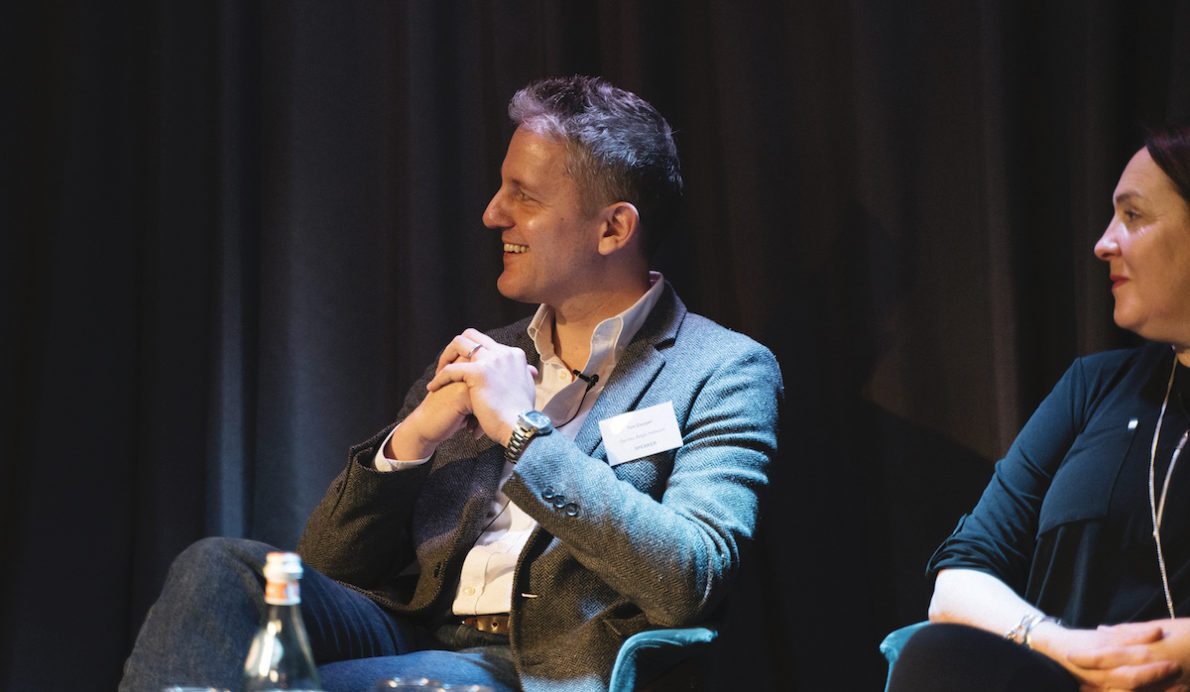 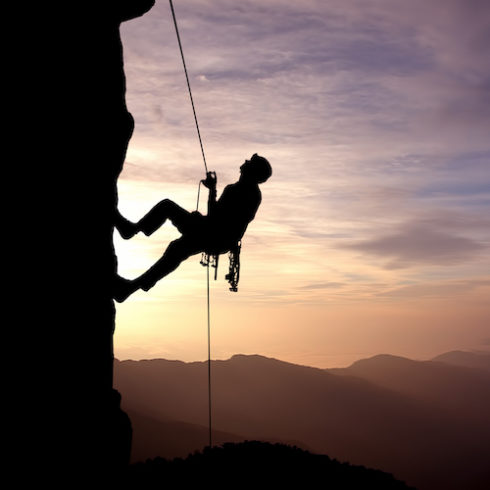 Test, learn, improve: How to take intelligent risks with your content marketing