Home » Our Thinking » When thought leadership goes bad: Three stages where your campaign can crumble

Maybe it’s a poorly conceived and badly executed report in which the research findings directly contradicted the commentary. Or an ill-timed profile piece for a company CEO which launched the day before they stood down.

It’s an interesting question. And one I found difficult to answer when it was posed to me recently – not because it was hard to think of possible contenders, but because it was a challenge to know where to start. In the race for ideas, many companies have sadly crashed and burned.

Our research into content producers and consumers shows that 73% of executives agree that bad thought leadership damages the producer’s brand reputation.

So those who get it wrong score a spectacular own goal. Rather than drawing attention to their point of view, they’ve invested funds, time and resource in helping the company be taken less seriously than before. (If you’re Donald Trump, you might take the view that all publicity is good publicity, but few organisations we know have Trump’s appetite for intellectual flexibility on the ideas front.)

No one sets out to produce a bad piece of research or content. So how and when does it all go wrong? To help answer this, I’ve identified the three different types of failure I often see:

Probably the most common cause of failure here is ‘me-too’ thought leadership, which my colleague Peter rightly calls an oxymoron.

Many projects start out with a good idea but, all too often, others have already had that very same thought. Disappointingly, this happens with a high proportion of thought leadership reports – many of which rely on heavily traded topics such as big data, sustainability and cloud computing. One of our previous posts makes the case for a thought leadership ‘litmus test’ as a measure of what constitutes true thought leadership.

Another common issue is research that seeks to be too self-serving. Many years ago, a large Russian commodities firm wanted to commission a study on sustainability within corporate giants in Russia. In reality, while many ex-communism-era companies were and still are deeply involved in supporting communities from a social perspective, environmental concerns are rarely high up on the agenda. Unfortunately, the company commissioning the work had one goal: to prove that Russian firms were the very best at sustainability – in the world. This may have made sense from their corporate comms perspective, but it simply wouldn’t wash with the public. And the data just couldn’t back it up.

Unfortunately, many well-conceived projects are let down by the research and production phase. Poor research execution, bad data, weak writing and a lack of insight can all afflict a project. Yet when a deadline is looming, the temptation can be to keep going and simply ‘make do’ – when someone really needs to press the pause button.

A study from a global tax and audit firm we reviewed looked great on the surface. It had interesting viewpoints, it was authoritative and it was well presented, with clear charts and in-depth analysis of the underlying data, including various data segmentations. Until we saw the sample size hidden away at the back: 13 respondents. The illusion was shattered.

Quite often, the reverse is true. Companies produce great insights, but the packaging is bad. It might have started out well, but the end result looks terrible – or it’s boring, which is equally damaging. Great design isn’t cheap, but I can assure you that bad design is even more expensive in the long run when it comes to ROI.

Finally, there’s deployment failure. You might have a great piece of content or research, but it isn’t delivered properly or taken to market effectively. And what’s the use of a dedicated ad campaign that is designed to drive traffic to your shiny new insights if the trigger doesn’t work as planned?

More commonly, great content outputs are let down by companies adopting a mechanical approach to the activation process and not tailoring the experience. The team leading on execution simply goes through the motions, checking items off the list one at a time. Press release issued? Check. Uploaded to website? Check. Twitter? Check. OK, it’s out.

This is hardly the path to successful thought leadership deployment. As one senior marketer explained in a workshop we ran earlier this year, “When it comes to thought leadership, the creation of the asset is just 20% of my job – It’s the deployment that sucks up the remaining 80% of my energy”.

Completing the report is just the start of a successful campaign. Treating it as the last lap is perhaps the most avoidable failure of all. 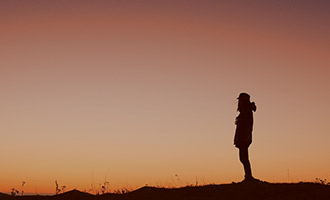 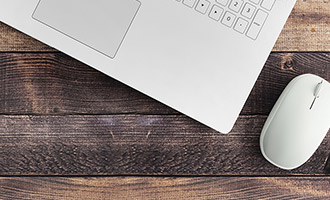 12 trends in thought leadership: Our predictions for 2017