Yet, many business-to-business organisations are prepared to admit – at least in private – that they struggle with the curse of me-too thought leadership. They simply find it difficult to identify and then articulate genuinely new ideas.

In a number of B2B sectors – such as professional services – an unfortunate herd mentality exists. One of the starkest instances was the lead up to the year 2000 and the ‘Millennium Bug’. Every consulting firm on the planet seemed to congregate around this topic, like animals in a feeding frenzy, with little differentiation on what they were all saying. The world was in more danger from the sheer weight of repetitive reports emanating from the consulting profession than it was from any system meltdown.

This is a problem across the B2B segment and it is a costly problem. If thought leadership is me-too it will fail. It will fail to do what it is supposed to do – shape a debate and position you as the smartest people in the room. The money and resources you have expended will have gone to waste. At worst, your me-too thought leadership will damage your brand. It will affect your value perception, dragging down your reputation in the eyes of clients, commentators and new recruits.

Fortunately – for companies and their fatigued readers – there are ways to avoid me-too thought leadership.

You can start with a ‘white space’ review before you put pen to paper. When you are considering writing on a topic – whether it’s cloud computing, omni-channel in retail or the role of the CMO – take a look at what your competitors are saying. What angles are they covering and is there a dimension you can cover that is currently neglected? You don’t always have to find virgin territory. You should also consider the quality of what your competitors are saying. If they have said something – but it is poorly conceived, argued and researched – then you have space to produce something better.

so you don’t get data that simply tells you what you already know. New research, done properly, can solve the me-too problem.

Be a newspaper editor

A keen editorial sense is a rare skill, but we can all at least try and think like journalists. Newspaper editors hate carrying stories that have already been broken by a rival. Newspapers are champions of the art of finding a new angle on a well-trodden subject. Sometimes this can be done through a stylistic conceit. For example, try writing about the ’10 myths’ of a subject. You are trying to knock down common misconceptions, which forces you to avoid tired old shibboleths.

In the B2B marketplace, if your brand has nothing to say, it often means being absent from the race. But there is a significant difference between real thought leadership and poorly planned, unoriginal content that can diminish a brand’s reputation. Plato summed up the dilemma perfectly when he said: “Wise men speak because they have something to say; fools because they have to say something.”

The message for marketers is clear: think hard before you speak. What do you have to say that is different? How can you find a new angle or source new data? Asking hard questions at the outset can help spare a fatigued business community from yet more tired thought leadership and will ensure that the content you do publish elevates your brand in the eyes of your target audience. About the author: Peter Elkins

Peter is a highly experienced thought leadership writer and editor in the professional services sector, with over 25 years’ experience leading significant content-driven communication programs. He has particular thought leadership experience in the C-suite leadership space, having led a number of major global research programs examining the CEO agenda and the changing role of the CFO, as well as finance function transformation. As part of those programs, he has conducted interviews with CEOs and CFOs at some of the world’s largest companies.

Prior to FT Longitude, he worked in content development and communication for a range of major organisations, including Gemini Consulting (later Capgemini Consulting) and PA Consulting.

How consultancies can make their thought leadership more effective 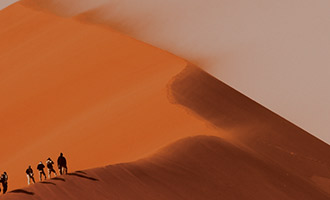 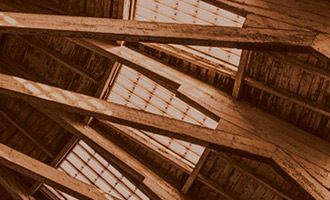